The first Fallbrook Library was established In 1913 by the Saturday Afternoon Club, the forerunner of the Fallbrook Woman’s Club. Through their efforts, Fallbrook was chosen as the first branch library to open in the San Diego System. The small collection of 250 books was set up in Hardy’s Drugstore in a corner that resembled an open closet. Circulation the first year totaled 1,009 transactions, proving that the public was interested in the enterprise. 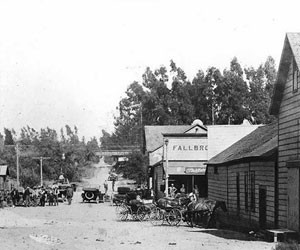 The next 50 years saw the library move from locations in various stores, growing from a closet-sized area to a room, and later to be the only tenant of a rented building at the southwest corner of Elder and Main Streets in 1947.  In 1951 the library moved again to a “library wing” in the County Building at Vine and Alvarado, and after two more moves, a building was constructed specifically for the library in 1969 at 124 South Mission.  This new 4,000-square-foot library housed 15,000 volumes at that time.

In 1963 the Friends of the Fallbrook Library was organized and incorporated.

In March of 1985, an arson fire completely destroyed the building and all of its contents. According to the Los Angeles Times, the fire caused about $1 million in damage and destroyed 30,000 books. Irreplaceable historical records and original artwork were also destroyed. After the fire, the San Diego County Library System provided a bookmobile to serve the community for a short time, and the previous storefront location at 133 North Main was set up to house the library temporarily while the library building was under construction. Several bookstores, businesses, and the Salvation Army donated books, as did other libraries in the county system.

Led by the Friends and with the generous support of the community, a new 8,100-square-foot building was constructed on the site of the previous library in 1987, with space for 50,000 books, a community room, and the Bottom Shelf Bookstore.

Through the years, the facility and holdings were upgraded to meet the ever-changing and expanding needs of the community. With the advent of the Information Age and birth of the Internet in the early 1990s, the first computer was installed in 1994. In 1997 the Children’s Department and office space were remodeled. But by 2000, the need for a larger and more modern building was apparent, and fund-raising efforts by the Friends of the Library began in earnest. 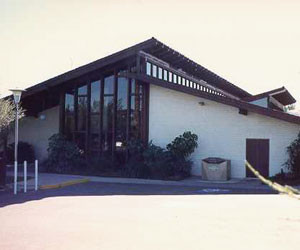 After 22 years, the library building was demolished to make room for the one currently under construction — a state-of-the-art 17,500 square foot library and cultural center.  The Groundbreaking Ceremony held on September 30, 2009, marked the official beginning of construction for the new facility.

Many thanks to Rebecca Farnbach for her excellent

research on the history of the Fallbrook Library. 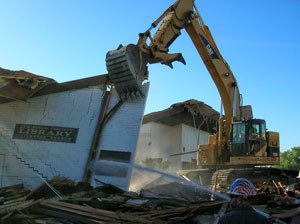 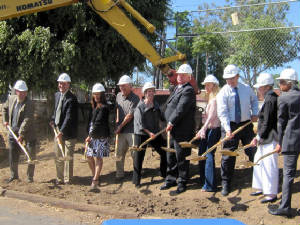 January 22, 2011 The new library is opened  to the public featuring:

Friends of the Fallbrook Library: 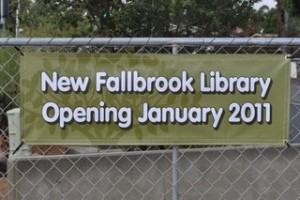 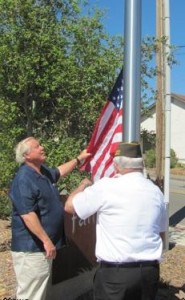