JOIN US FOR
THE 2023 COMMUNITY READ 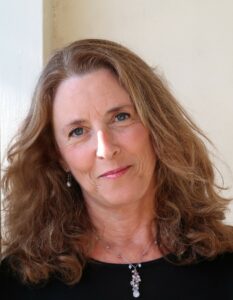 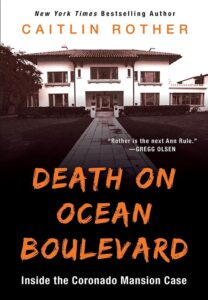 Caitlin Rother has written or co-authored 14 books. As a Pulitzer-nominated investigative journalist, Rother worked nearly 20 years for daily newspapers. Writing books full-time since 2006, she draws from decades of watchdog reporting on topics from addiction to suicide, mental illness, murder, government, political corruption and the criminal justice system. A popular speaker, she has appeared more than 250 times on TV, radio and podcasts as a true crime expert. She loves to go ocean swimming, and sings and plays keyboards in the acoustic group, Harmonic Convergence.

DEATH ON OCEAN BOULEVARD
Inside the Coronado Mansion Case

Many locals call the death case of Rebecca Zahau “the Coronado mansion murder,” despite the sheriff’s department’s findings that Rebecca committed suicide at the Spreckels Mansion. A jury in civil court agreed, finding Adam Shacknai, her boyfriend’s brother, responsible for her “wrongful death.” The Zahau family believes Rebecca was murdered, but Shacknai contends he is wrongly accused. As he fights to clear his name, the Zahau family continues to push for the Medical Examiner’s Office to change the cause and manner of death to homicide by manual strangulation, and for the criminal case to be re-opened and re-investigated as a murder. Caitlin, whose husband committed suicide by hanging, gives readers an objective, but uniquely personal look at the evidence and theories in this case.

“You’ll be convinced first one way then the other as you race through the pages of this disturbing mystery. DEATH ON OCEAN BOULEVARD is so meticulous, so organized… ”
–True crime author Camille Kimball

Death on Ocean Boulevard is currently under development for a limited TV series, with Rother as executive producer along with Untitled Entertainment.

Make your lunch selection(s) from the drop down feature
on the Ticket Order Form.